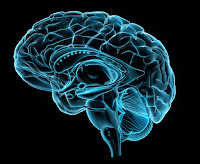 Noninvasive neuromodulation therapies that excite neurons in a specific part of the brain’s prefrontal cortex are effective at reducing negative symptoms of schizophrenia such as social withdrawal or lack of communication, according to a meta-analysis in JAMA Psychiatry. The analysis found that both magnetic stimulation and electrical stimulation approaches can be effective.

“Although antipsychotic drugs are relatively effective in mitigating positive symptoms of schizophrenia, their efficacy is limited for the treatment of the negative symptoms of the illness,” wrote Ping-Tao Tseng, M.D., Ph.D., of Asia University in Taichung, Taiwan.

High-definition transcranial random noise stimulation was associated with the greatest alleviation of negative symptoms. The analysis also revealed that patients who received combined tDCS stimulation to both F3 and another cortical region called F4 experienced significant improvements in both negative symptoms and depressive symptom severity compared with patients who received sham stimulation. Tseng and colleagues cautioned both these results came from just one study each.

“To our knowledge, this is the first network meta-analysis to directly investigate the potential benefits of [noninvasive brain stimulation] for treating negative symptom severity in patients with schizophrenia,” Tseng and colleagues wrote. “Our findings might serve as a starting point for future large-scale RCTs with longer follow-up periods and sham control to investigate the association between [noninvasive brain stimulation] and negative symptoms in schizophrenia.”