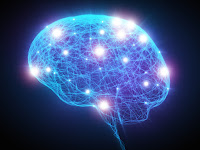 “[T]he need of daily visits to clinics or hospitals has been always a major challenge for the use of tDCS in clinical contexts,” wrote Douglas Teixeira Leffa, M.D., Ph.D., of the Hospital de Clínicas de Porto Alegre in Brazil and colleagues. “Thus, the home-based device opens a new window of opportunity, especially for participants who live in geographically remote areas or have physical or cognitive disabilities that may hinder access to clinical centers.”

Leffa and colleagues recruited patients from the Hospital de Clínicas de Porto Alegre who were aged 18 to 60, met DSM-5 criteria for ADHD (combined or inattentive subtypes), and were not being treated with stimulants. All participants had moderate to severe symptoms of inattention, defined as an inattention score of 21 or higher on the clinician-administered Adult ADHD Self-report Scale version 1.1 (CASRS-I). Sixty-four participants were randomized to receive active or sham tDCS.

All participants received a home-based tDCS device, which was preprogrammed with the number of sessions and stimulation dosage (or sham stimulation). They also received a neoprene cap they could wear to which electrodes were already attached to ensure the stimulation was provided accurately and consistently throughout the study period. At baseline, participants were instructed on using the device and received their first stimulation session while assisted by trained staff. Participants then underwent 30-minute daily sessions of tDCS with a 2-mA direct constant current for four weeks, for a total of 28 sessions. To mimic the sensations commonly reported with tDCS, the sham treatment devices delivered a 30-second ramp up stimulation (from 0-mA to 2-mA), followed by a 30-second ramp down (from 2-mA to 0-mA), at the beginning, middle, and end of the sessions. At baseline and weeks two and four, participants’ inattention was assessed using CASRS-I. The participants were also evaluated for symptoms of hyperactivity-impulsivity, depression, anxiety, and executive function over the course of the study.

“Our findings support the use of tDCS as a safe and effective treatment for adults with ADHD with no concomitant treatment with stimulants,” the authors wrote. “This is particularly relevant since a vast body of literature describes low long-term adherence rates and persistence to pharmacological treatment in patients with ADHD.”