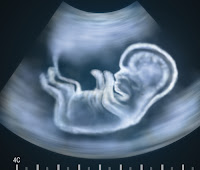 Children whose mothers were prescribed the antiseizure medication valproate during pregnancy had a relatively higher chance of developing autism, although the absolute rate is still small, reported researchers at the American Epilepsy Society annual meeting in Baltimore. The study of national health records covering 656,000 children born in Denmark between 1996 and 2006 revealed that 508 were exposed to valproate in the womb, and 14 (or 2.8 percent) developed autism. Only 0.8 percent (or roughly 5 per 508) of the children not exposed to valproate developed autism. The study adds to a growing body of knowledge indicating that valproate or related drugs can increase rates of birth defects, now including neuropsychological effects, said Jakob Christensen, M.D., a consultant neurologist at Aarhus University Hospital in Denmark.