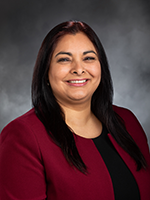 The Javits Award honors a federal and/or state public servant who has made outstanding contributions to the profession of psychiatry and mental health advocacy. It was established in 1986 to honor the legacy of Sen. Jacob K. Javits of New York, who was a champion on behalf of people with mental illness. The award was presented to Dhingra at an event jointly hosted by the Washington State Psychiatric Society, the Washington State Medical Association, and NAMI Washington.

“Sen. Dhingra’s relentless advocacy has led to the passage of critical mental health policies benefitting patients throughout the state of Washington,” said APA President Rebecca Brendel, M.D., J.D., in an APA news release. “Her outstanding leadership has helped create a framework for 9-8-8 and the crisis response system in Washington, improve mental health directives, and reform the criminal justice system.”

The first Sikh state legislator elected in the country, Dhingra serves not only as the deputy majority leader of the senate, but also as the senior deputy prosecuting attorney with the King County Prosecuting Attorney’s Office. She is a mental health and crisis intervention professional who has assisted in developing the Regional Mental Health Court, the Veterans Court, and the Community Assessment and Referral for Diversion program. Further, she has provided Crisis Intervention Training for law enforcement officers to increase efficacy and safety when responding to someone experiencing a mental health crisis.

“Psychiatrists simply cannot be as effective as they are without the tireless work of mental health champions like Sen. Dhingra,” said Thomas Soeprono, M.D., president of the Washington State Psychiatric Association, in the release. “She has strengthened community transitions, eased integration with the Involuntary Treatment Act, and established a statewide Office for Behavioral Health Ombuds, all huge accomplishments that empower our work to reach the vulnerable mentally ill.”

This year, Dhingra championed a bill that the governor signed into law, which creates a clear pathway through which a court can direct people with severe mental health disorders to assisted outpatient treatment (AOT). Such treatment puts a judge and a care team in charge of coordinating care using the least restrictive form of treatment necessary, according to a news release from Dhingra’s office. Dhingra is also a supporter of survivors of domestic and sexual violence. Last year she sponsored a bill, which was signed into law, that streamlines the process by which survivors can vacate sentences they received for offenses that occurred as the result of sex trafficking, domestic violence, or sexual assault.

“I am honored and humbled to receive this prestigious award,” said Dhingra. “None of us do this work by ourselves, and I am truly grateful for all the incredible partners who have helped destigmatize mental illness, reduce barriers to access, and bring mental wellness into our lives. While there is much more work to be done, with all your support we can ensure that all Washingtonians receive the services and support they need when they need them.”