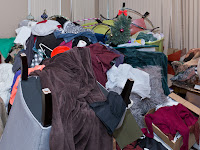 Major depressive disorder is the most common comorbid mental illness in people with hoarding disorder, a study in the Journal of Psychiatric Research has found.

Luis Sordo Vieira, Ph.D., of the University of Florida and colleagues examined data from adults who participated in the Brain Health Registry (BHR), a large online research registry that asks participants questions about their medical, psychiatric, and neurological histories and to complete questionnaires about a variety of conditions.

The researchers then analyzed the questionnaire responses from the larger BHR sample (15,978 adults; average age: 62 years). As with the 252 participants who received clinical assessments, major depressive disorder and generalized anxiety disorder were the most common comorbid mental health conditions in people with hoarding disorder.

These findings “may provide hints to the underlying shared biological underpinnings of these disorders,” the researchers wrote.